The overriding uncertainty regarding the planned mega-merger of European exchange giants Deutsche Börse and London Stock Exchange Group is whether and under what conditions regulators will approve the deal.

But say the union is consummated and the derivatives suite of DB, the equity prowess of LSE, and the clearing houses of the two operators are assembled under one corporate roof. What would that mean for Europe’s appeal as a trading destination?

In a broad sense, a combined DB-LSE would ascend into the top tier of global exchange operators, on the same plane as CME Group and Intercontinental Exchange. This would provide some efficiencies that could, at least theoretically, be passed along to market participants in the form of lower costs. But drilling down into the businesses, there are complexities on the ground that may be less favorable. 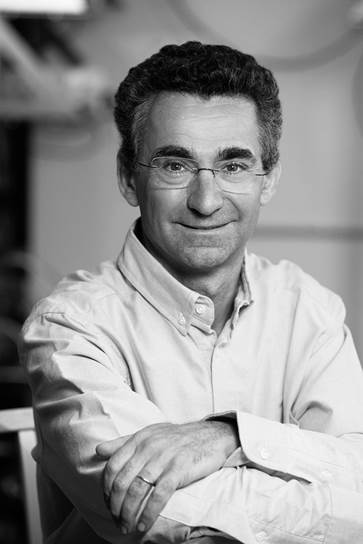 “From a global perspective the merged DB/LSE will not create a monster, and U.S. traders may benefit if the new combined firm can compete in some areas with CME and ICE,” said Stéphane Tyč, co-founder of McKay Brothers, which provides low-latency telecom services to financial markets. “Locally, there are some businesses where competition may be diminished, such as equities.”

Britain’s pending exit from the European Union looms large, as the influence — and the trading costs — associated with LSE’s London headquarters are subject to change, depending on how the extrication plays out.

“DB and LSE have many options after Brexit, as some businesses could move to Frankfurt and others may be better off in London outside the EU,” Tyč told Markets Media. “The London-Frankfurt link will become critical and Milan may become more important as the LSE owns Borsa Italiana.”

In a March press release announcing the merger, DB and LSE extolled the benefits for market participants. “The Combined Group will be a compelling partner for sell-side customers, helping to manage their costs and capital and regulatory requirements,” the release said. “The Buy-side will benefit from global indexing solutions and continued product innovation through FTSE Russell and STOXX. This will help to meet the needs of customers for a global offering across capital markets through the strength of a diversified European platform with a strong presence in the US and Asia, including China.”

For hedge funds, proprietary traders and other active market participants for whom high-speed connectivity and low latency are critical, infrastructure is an important consideration. DB and LSE have said their respective data centers will remain separate, but with the end result of the merger unclear, it’s also unclear how close those exchange-operated data centers will be to the trading engines once the smoke clears.

Added Fenick: “From a trading perspective, you have to be a in a position where you can trade that market.”

More broadly, a Deutsche Börse-LSE merger “might make trading less expensive if they’re able to marshal the resources to put the equity platforms together and put all the derivatives together as well,” Fenick said. “Then you can trade London and Frankfurt using the same protocols. It’s much easier to code to two APIs (Application Program Interfaces) versus four.”

On the clearing side of the business, the merging companies have said they plan to link their clearing houses — Eurex on the DB side and LSE’s LCH — to improve the risk management of derivatives and free up more customer money to trade and invest.  “Clients increasingly want to lay off risk in the same central clearing counterparty to achieve capital efficiencies,” Derek Sammann, global head of commodities and options products at CME, said at a media briefing earlier this week.

You can find out more about which cookies we are using or switch them off in settings.

This website uses cookies so that we can provide you with the best user experience possible. Cookie information is stored in your browser and performs functions such as recognising you when you return to our website and helping our team to understand which sections of the website you find most interesting and useful.

Strictly Necessary Cookie should be enabled at all times so that we can save your preferences for cookie settings.

If you disable this cookie, we will not be able to save your preferences. This means that every time you visit this website you will need to enable or disable cookies again.